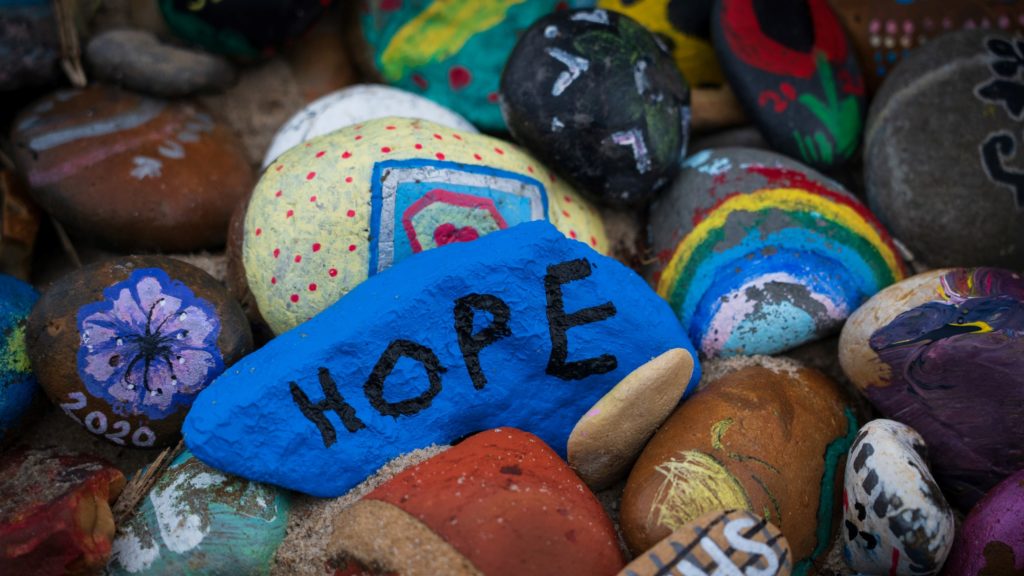 We want to share with you some hope through Sadie, who was extremely generous in letting us tell you her story. It has been a tough year for all of us.

So many in our city are lonely, or grieving, or their  financial situation has gotten worse. But in the midst of it all, God is still good. Sometimes though, especially at times like this, we can easily lose sight of Him.

That’s why we want to share Sadie’s story, because a good story of hope can help us remember this truth: our God is the same yesterday, today and forever, and He is Good.

“Every good and perfect gift is from above, coming down from the Father of the heavenly lights, who does not change like shifting shadows.” 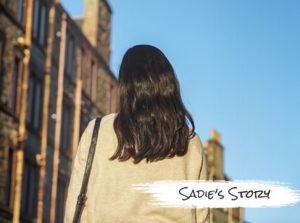 A Little About me

I was born in Edinburgh, my father and my mother are from India. My father came here in the 1960’s and by the 1970’s he met my mum and they got married. He came here when he was 16 years old so he spent pretty much his whole life in this country working on the ships, then driving buses as well as in property management. I have 3 brothers and one sister.

I  first worked as a technician. I was in charge of about 200 computers at a company that was part of Virgin Trains. Then I had to change paths because of an accident that damaged my eye, and my most recent job was as an area manager for a Cashmere company, managing all the stores on the Royal Mile. I used to work with people from China, we would do Armani, Louis Vuitton, Versace and all these big designers companies that use cashmere and I love to talk so it was easy for me to work on that.

I am married and my husband was a lecturer in Maths at the Edinburgh College. Then he was a manager at Tesco’s and he stayed there for 15 years but unfortunately the company got rid of a lot of their managers and he lost his job, so he started driving taxis.

We were achieving a lot in life, I’m educated and my husband too. But in the last few years, things have been tough for us. First of all I had a few miscarriages so last year, when I was pregnant again my husband and I decided that I should stop working to look after myself and the pregnancy. I was pregnant for 6 months and sadly had a stillbirth. It was heartbreaking and it deeply affected my mental health. But then, later on that year I found a lump in my breast and it turned out to be breast cancer.

That same year, in November my husband was racially attacked when he was working in a taxi. He was driving a customer and a van driver reversed into my husband, and the man called him racist things and then started attacking him. Luckily, the lady that my husband was driving called the police and an ambulance. My husband had a fractured thumb, a nose bleed and a mouth bleed and had to rest for four weeks. On top of it all, a few days after going back to work he had a heart attack which led him to him having heart surgery.

And he has not been able to fully recover because his medication has made his liver shrink and caused other side effects. He was renting the taxi he was driving and we didn’t have much savings. So for four months we had no income whatsoever and we were both obviously not in the best form of health mentally or physically. But the mortgage still had to be paid and bills had to be paid. We thought by that point that we would soon recover and  find new jobs, but our health issues were draining.

At the same time, we were looking after my brother, he also was the victim of a racial attack while he was trying to save a lady that was being assaulted. His eye socket was smashed and his jaw got broken.

Through time his injuries had gotten worse and he’s also had other serious medical conditions. So basically our savings went towards him as well, because even though he had access to disability benefits, something changed and with all I was going through I forgot to send the form in time and he lost his benefits.

So there were three of us, with no income, and going through different medical treatments. At one point we had nothing. No food. I was drinking sugar and water. It was really hard.

I am a proud person and it took me a lot to ask for help and to get referred to the Basics Bank. When I  finally came, the  first thing I remember is seeing all these faces and being really nervous and imagining all what they must have been thinking about me, how irresponsible I was because I was already thinking very low about myself. But I couldn’t have been more wrong.

Everyone was so nice and welcoming, I was asked if I wanted tea or coffee and the  first person that spoke to me was a gentleman called Nick. He took me into the back of the church, sat me down and asked me

“How are you today Sadie? What brings you here?”

Honestly, I didn’t know how to start because there was so much I wanted to say, so much had happened in my life in the last 6 months that I just started crying. Then he just said,

I just needed that. That was just the best thing he could have said. And he prayed. Not knowing what was going on with me, he just said:

“Dear Lord, I pray for Sadie. Whatever she’s going through, I pray you would help her and show her your love.”

It was the most beautiful prayer. After that, I could talk, I had my tea and biscuits and I told him all that had happened and how I felt. I kept talking and he just listened. While I was there, the food came down and I was just shocked at how much food there was. I was absolutely overwhelmed! I was not expecting all that help! The  first day, before I left, Nick prayed for me again. I was broken, I was a broken person when I came into that church that day. I had no direction. I didn’t know what to do.

When I walked out, I was smiling, I felt relaxed and better with myself. I received food, but also hope and encouragement.

In February, we absorbed Edinburgh Churches for Sanctuary’s work with refugees and asylum seekers into Edinburgh City Mission. Our ministry is called Salaam, which is the word in Arabic for greeting and welcoming in peace.

Through time I met the rest of the team. Every time I came in, I had mixed emotions but they all went out of their way to make me feel loved. And I felt loved. By the second or third time I was there, everyone knew my name. It was amazing, it was so warm, it was really meeting up with family. Miles kept in contact with me, the team left wee encouraging messages in the bag, everyone really touched me. At every stage of the process I met the right person. I was pointed towards Christians Against Poverty, to get help with my debt, I also got connected with Citizens Advice for energy advice. Every time I needed something I met the person who could help me.

Even after Covid19 I still went there with chemo, with my mask on, my gloves on, and everyone took all the extra precautions to keep me safe. But then Kate offered to deliver the food, the  first week, and then Becky started delivering. I felt embarrassed, it was too much, I was so far away from Newington. Becky would come every week with all these heavy bags with generous amounts and would ask me how I was doing and have a conversation. Sometimes she was the only person we would speak with.

Going to Newington Foodbank+, praying with everyone, it was only the beginning of a journey, because yes, it’s been food, but it is blessed food. It comes from God, through the hands of His people and in the Church. It is amazing. It’s not that you were told to give someone food and that’s it. You genuinely care for people, asking how they are. And the most amazing thing has happened, and it has happened so many times! Sometimes I feel like I want to eat something and that week that thing is in the bag! And it happened to my brother too, and my husband tells me “Sadie, how did you know I wanted this?” And I said “I didn’t”!

I would not have survived without that help. My brother and my husband wouldn’t have survived without that help. But beyond the food, it was that feeling of being seen, cared for, like a family. I wasn’t having charity help, it was friends helping a friend, family helping a family member. Never once I felt I was a burden. And in all this I feel more con dent. Sometimes that person that’s falling just needs that little bit of reassurance to get them standing back again. And I feel like the Foodbank+ is definitely that, they helped me stand back up.

There is an amazing team out there that is beyond generous, not only with food and things, generous with their hearts, their time and everything they are and do. You can see that with everyone and I feel like you create the feeling of a family. One day, when I’m up on my feet, I will de nitely try to serve and repay the team in any way I can, because they were the people that kept me going. It’s brought me closer to God because it has helped me pray but also give thanks to God and praise him for all his blessings and I want to help others too.

Thank you to Edinburgh City Mission who have allowed us to share this story from their Winter Newsletter 2020/21.